Before people understood the lasting consequences of introducing non-native species to new territories, a group of Shakespeare enthusiasts released European starlings in Central Park. From there, these highly adaptable birds spread from the east coast to the west coast in just 60 years. Believed to have been introduced purely for aesthetic reasons, the results of this action tend to be completely contradictory to the initial intent. Because starlings tend to gather in large flocks, the noise and waste they produce and the behaviors they exhibit overwhelm humans, animals, and especially native birds in the residing areas. If starlings begin to become a problem, call Critter Control of Kaw Valley today! 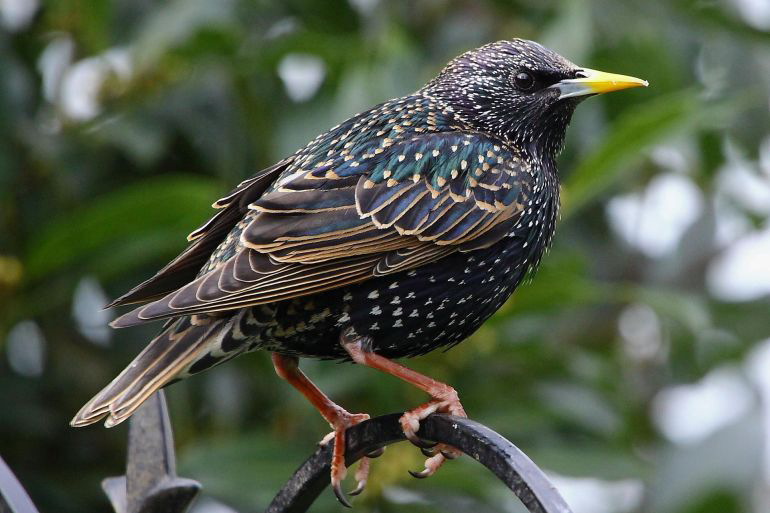 From the initial population of no more than one hundred, about 200 million exist on the continent, today. Because of their adaptive natures, they were able to quickly establish themselves alongside humans and expand their regions rapidly. Starlings have a glossy, almost holographic, black appearance and are generally found within large flocks. They are ground foragers and use their uniquely strong jaws to dig within the ground, searching for insects. In doing so, starlings can destroy lawns, golf courses, or parks. Although preferring to eat insects, starlings do not discriminate against readily available sustenance. These flocks wander, almost aimlessly, in search of their next food source or a place to nest. Like swarms of locusts, they can devastate crops if they stumble upon fields or gardens. It is estimated that the damage caused by European starlings costs the agricultural industry $800 million per year; that's about $4 per starling! More importantly, starlings harm the natural ecosystems. As stated before, they are in constant competition with the native bird species of North America. Starlings are cavity nesters and because of their massive populations, leave no space for native species like woodpeckers to nest. Finally, these avian pests are even dangerous to be around. Like most birds, starlings carry diseases. Again, because of the size of the flocks, the risk grows even greater for the transmission of said diseases and parasites.

Removing such a large population of birds is a mighty task. Exclusionary actions must be put into place if one wants to decrease or eliminate the population of starlings. It takes an expert technician to know how to get rid of starlings. Here at Critter Control of Kaw Valley, we have technicians with the skill and the know-how to get rid of this invasive species once and for all. Don't tackle this task alone. Call today!

Request a Quote
Starlings
Starlings in the attic or on the roof? Those pesky starlings are notorious for causing significant damage to buildings, vehicles, property and machinery with their excessive droppings.
Call For A Fast & FREE Phone Estimate Today
785.268.6623
(No Cats & Dogs)